~ All Past Shows Below As Podcasts ~

~ HEAR ALL PAST SHOWS BELOW ~

LISTEN TO PAST SHOWS BELOW

2 Ways to listen to past shows:

2. "Right Click" on DATE then select "Save Target As" (or similar i.e. 'Save Link As' etc,) and a copy of the show (podcast) will download to your device which you can then play anytime.

Jonathan pays tribute to his fellow US Veterans past and present in honor of Memorial Day.

Plus a commercial-free 30 minute set of J.S. Music!

Jonathan projects this years projects and plays a dozen of his top tracks.

It's time for another Christmas Music Special. Some originals by Jonathan plus Jonathan's all-time favorite Christmas songs by other artists. Enjoy!

Jonathan plays several of his top cuts, plus talks the reality of the music "business" with Zman.

In Honor of Valentines Day: Songs About Love

Some Music by Jonathan and a discussion with Zman on

how hard it is to be a music artist in America these days!

Jon's newest Christmas song, plus samples of all of Jon's favorite Christmas music.

New music and songs for our Veterans

Jonathan continues his prolific songwriting skills with a selection of new and enhanced previous cuts.

Jonathan returns with new music and some old tunes

The Beginnings of Jonathan Steele

Trained in martial arts for 51 years 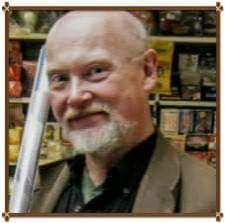 A Tribute to Veterans

Jon digs deeper into his vast catalog of music with 6 new never-aired tracks.

An Hour of Jonathan Steel Music